Fellow blogger Aiysha recently asked a question about which countries are the most interesting to visit. I want to narrow the search and focus on cities. Now, I have lived in Philadelphia, Paris and had a little stint in Los Angeles and I really have loved those wonderful places. I’ve also been lucky enough to travel to many other cities all over the world and have enjoyed each and every one of them. I guess I’m one of those people who can get settled everywhere (well, mostly everywhere). But I have to say it with conviction:

Yes, some of my fellow English teachers complain about the difficulty in moving about town and claim that the Transmilenio, Bogotá’s ‘creative’ solution to its lack of a subway system, is torture to say the least (especially in peak hours). Others whine that traffic is a deal breaker, security is a major concern, and that the even the new public transportation system, the SITP, is at best an abstract rendition of Joyce’s Finnegan’s Wake (meaning: impossible to understand ).

I wouldn’t argue against most of their grievances. But I wonder why they stay? Is it a hidden pot of gold at the end of their Bogotá stretch?

Here are some of the reasons why I’ve been here for the past 25 years: The gorgeous mountains that surround most of the city. The fall type weather that allows everyone to dress their J.Crew catalogue best, every day, and look good. The weather also allows us to work without fainting or freezing under air conditioning. Also, the beautiful clear blue skies on crisp mornings which make you say: Woohaah, God bless this place. It’s the things you can do all year round, the restaurants, the museums, the music; but most of all, it’s the people, at times cranky and cynical, but with a dry sense of humor difficult to find elsewhere. I don’t know about some of my teachers, but this is my place in the world.

Recently a lot of articles have been written by journalists and bloggers who have come to Bogotá after reading some reports that describe it as the new jewel of South America. A lot of them come expecting Nirvana and leave completely disappointed. One even complained that local people where unfriendly and that he had to hang out mostly with expats. Well Bozo, try living in Paris and NYC for some time and let me know if it’s any different. Yes, Bogotá is not Madrid, nor Barcelona, nor even Mexico City. But, in the words of friend and fellow blogger Brendan Corrigan ‘Bogotá has something for all walks of life, the simple pobrecitos like me, the more elegant types and everything in between.’

Bogotá is not for the faint of heart, it’s a city for those who delight on the beauty of hidden details; it’s like indulging in the whole book and not reading the cliff notes. 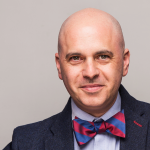